The name of Csopak has three meanings from the point of view of wine history:

Olaszrizling appeared for the first time probably in the first half of the 19th century, and became one of the most important variety, which were then mixed with furmint and many other now-forgotten local varieties.

The phylloxera disaster in the second half of the century completely destroyed the vineyards of the area. During the grape reconstructions following the extinction of the disease, farmers cast their votes mainly in favor of the installation of Italian Riesling, but installed a smaller cutting furmint next to each major cutter. The blending of the two varieties not only brings better results together than separately, but the rounded oily charm of Italian Riesling and the tight acids of furmint, when applied in the right proportions, also moderate the differences of the vintages well. 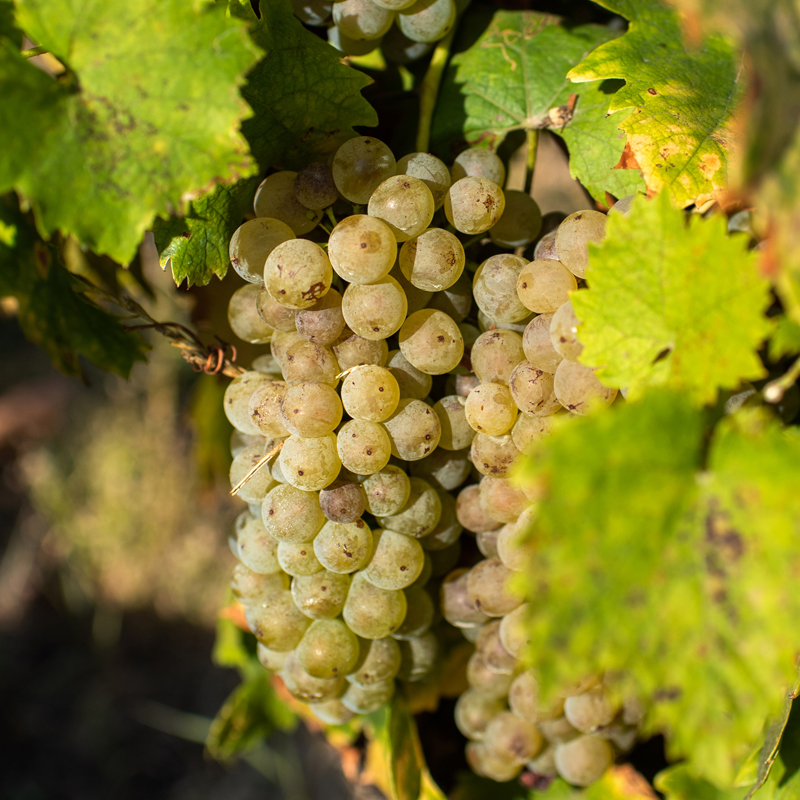 The two quality categories of Csopak wine are Hill Wine and Single Vineyard Wine. The production of the two categories is regulated by the local Csopak OEM PDO (protection of origin) regulations. 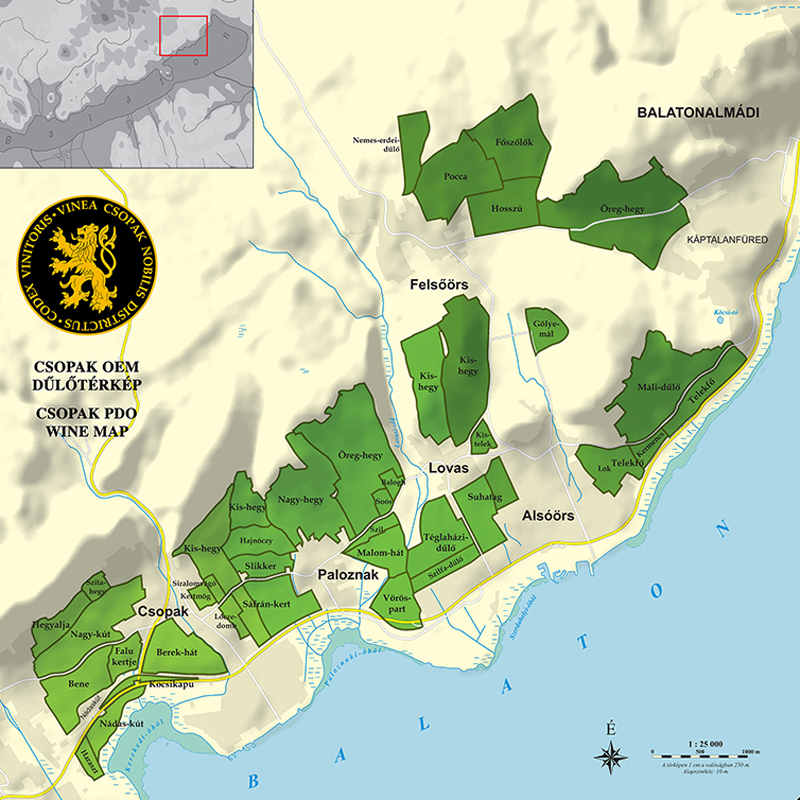 It is a basic requirement that wines of both categories can only be made from Olaszrizling and Furmint grapes from the closed production area. It is forbidden to improve the sugar content of the must. Strict rules apply to the weight and the quality of the grapes. Only classic dry wines can be made and bottled is mandatory.
Hill Wine is a blend of the vineyards of the production site, the main wine of the hill. Single Vineyard Wine on the other hand, can only be of the fruit of one vineyard and stricter rules apply to its production than Hill Wines.

Codex of Csopak is a production regulation developed by producers, and the aim is to develop a common wine style at the production site. Collected in four pillars, the Codex contains strict rules for the production of Csopak vineyard wines.

The use of herbicides, insecticides and fertilizers in the vineyards is prohibited. Must can only be obtained from healthy grapes and should be fermented spontaneously or with neutral field yeast. Manipulation of must and acid content is prohibited. Sulfur and natural clarifiers can be used for wine treatment.

We follow a common wine style. We harvest up to 13% alcohol, aiming for a maximum of 4 g of residual sugar and a minimum titratable acidity of 6 g. The load of grapes is a maximum of 60 glazes per hectare and 1.5 kg per vine.

Csopak single vinyard wines can only come from a specific vineyard of the five villages of the area. The vineyards are marked with the signs of the Codex logo.

The single-vineyard selections of Csopaki, protected by the Codex, can only be made of two traditional varieties of the terroir: Olaszrizling and Furmint.

This website uses cookies to improve your experience while you navigate through the website. Out of these, the cookies that are categorized as necessary are stored on your browser as they are essential for the working of basic functionalities of the website. We also use third-party cookies that help us analyze and understand how you use this website. These cookies will be stored in your browser only with your consent. You also have the option to opt-out of these cookies. But opting out of some of these cookies may affect your browsing experience.
Necessary Always Enabled

Any cookies that may not be particularly necessary for the website to function and is used specifically to collect user personal data via analytics, ads, other embedded contents are termed as non-necessary cookies. It is mandatory to procure user consent prior to running these cookies on your website.

No products in the cart.

Your wishlist is currently empty.

We are waiting for you every day from 11 am to 6 pm with fresh coffee, tea, mulled wine, creams, St. Donat wines - and the tireless panorama!
Come up on the hill, and buy our wines at a cellar price!